WARNING!!!! THIS WILL BE A MORE DETAILED BLOG ABOUT ENDGAME WITH SOME SPOILERS! IF YOU HAVE NOT SEEN THE MOVIE AND DO NOT WISH TO BE SPOILED THEN DO NOT READ ON!!!!

This is it folks! After 11 years and 21 movies, we have hit the Endgame! I got lucky, between two different internet browsers going, my iPhone AND my iPad, to try and ensure I got at least ONE ticket for opening weekend, I got into the 4:45pm showing on Friday of opening weekend. AND IT WAS TOTALLY WORTH IT!!!! SO LET'S DIVE IN! 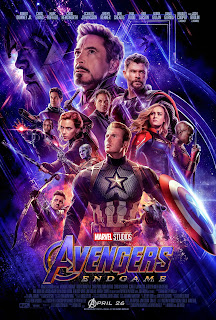 If you have gotten this far in the blog, you have seen the movie, or you don't care. But if you don't care, I have you ask why you are even reading this. But let's ignore that, and just get to this movie.

REMINDER! THIS WILL BE A MUCH MORE DETAILED BLOG THAN MY PREVIOUS POST ABOUT ENDGAME! The best way to get through all that is to break it down into sections:

We find ourselves just after the Snap, with our non-disintegrated heroes trying to get a hold of themselves. Try thinking of how you have felt (or might feel) after you have lost a loved one. And honestly, your heartstrings get tugged at RIGHT AWAY. No joke, I thought I was going to cry in the first 5 minutes of the movie. And right away, we also see our newly inducted Captain Marvel. HOWEVER! This is one of the ONLY times she makes an appearance, and quite honestly, that pisses me off. This is a woman who was given her own movie, and yet there are countless other women in the MCU who make many appearances, and yet Captain Marvel is only in the entire movie for a mere 10 MINUTES OR LESS! WHAT THE F**K MARVEL? *ding*

Five years pass after Thor decapitates Thanos, and we see where our heroes are--Cap is trying to help with the losses, Widow has basically become Fury, and Iron Man is...somewhere. Thor is also not around, and we still don't have an answer for Ant-Man. Here is my biggest question in the whole thing: I get it's 5 years later, and some people might still be mourning but honest, have we REALLY hit the point that NO ONE has been trying to take care of shit? Has it REALLY taken this long for governments and so forth to get under control? I mean, think about our government in the US (despite the fact that it sucks)--we have plenty of back-up plans, especially if people in our government die. You mean to tell me that Thanos snapped EVERYONE in the US Government that we couldn't have a SINGLE back-up? I don't buy it! *ding*

Also, the same goes for the rest of the world. I am pretty certain it would not take 5 FREAKING YEARS for everything to get back to some random semblance of normal. *ding*

Also also, WTF is going on with all the abandoned shit around the world??? I am pretty damn certain there are still enough people in the world in which NONE OF THAT SHIT would have been left alone. At the very least, I know there are still people out there who could hot-wire those cars. *ding*

FINALLY, we also see how Ant-Man/Scott Lang gets out of the Quantum Realm--a freaking RAT! I guarantee that there will be a LOT of CinemaSins sinning for this one. Because having a RAT press a RANDOM SEQUENCE OF BUTTONS, that's just cheating. *ding*


Our heroes come up with the plan, thanks to Scott: Time Travel! CUE DOCTOR WHO!

Actually, this is not a bad overview of what they try to explain! It really is just basically nonsense. Especially now that Professor Hulk says that any time travel movie is pretty much bull and then when everyone goes back, they STILL DO EXACTLY WHAT IS IN THE MOVIES! *ding*

During the time travel, three of our heroes have chance encounters (well, technically four, but I am not sure I remember the Captain fighting Captain part in the first Avengers...was this retconned??? SIN FOR MAKING ME THINK! *ding*)

But of the other three encounters we get, but I want to focus on two: Thor, and Bruce. Let's start with Thor.

Thor and Frigga:
This has to be one of the more touching scenes in this movie, with Thor and Rocket going to Asguard to get the Reality Stone, aka the Aethier. Thor has basically been at a loss since chopping off Thanos' head, and has sort of been disillusioned by anything, thinking he is no longer the hero he is supposed to be. With mom Frigga dispatching the kind of wisdom that all moms do, the feels during this scene were strong, complete with Thor realizing he is STILL WORTHY and gaining back his confidence. Not going to lie, I felt the tears well up just a tad when this scene happened. REMOVE ONE SIN!

Bruce and the Ancient One:
THIS ONE IS IMPORTANT! Bruce is the one who has to go find the Time Stone, and he meets the Ancient One. But he's "five years too early" according to her, which, when she said this, took me by COMPLETE surprise. HOLY CRAP SHE KNOWS! But what's interesting is that she won't give up the stone! She makes a good point too, and honestly, what the Ancient One said about what might happen got me thinking in general about this time travel plot--because The Ancient One says that if you remove one stone, then while the reality from the beginning might change, HER reality (MEANING THE PAST) would change...meaning NO Dr. Strange, and who knows what happens to the stones, and who knows what happens in the future. Bruce (who has been knocked out of his Professor Hulk body to the astral plane by the Ancient One), argues that they can bring the stones BACK to the point of when they would have been taken, to prevent any alters to the future. This is honestly were I got lost, because seriously, if you have already taken the stones, despite bringing them back to the exact moment of taking them away, aren't you already altering the future??? Someone help me out on this! Where are the string theorist when you need them? Or whoever studies this sort of thing...GET ME NEIL DEGRASSE TYSON!!! *ding*

The Ancient One realizes that Strange gave up the Time Stone in "Infinity Wars" FOR A REASON!!!!! She relents, and we have the Time Stone.

The Soul Stone. The one where we lost Gamora last time. This time, we see it's Natasha and Clint. And I'm NOT giving up this part. So, just DEAL WITH IT! All I will say is, I was shocked.

Everyone (minus our first death) gets back OK. Well, not everyone. We have a switch-aroo moment with Nebula, and I have to give Karen Gillian much credit for her acting in this section. But as we saw during the time travel backwards, Thanos knows what's about to happen, so he gets Nebula to bring him forward to still try and attempt the snap. This is another part where I got lost, because again, this goes back to the time travel thing. Nebula, being more computer than alien, was linking up with her PAST self, and that's how Thanos found out about the plan, which leads to him trying to get the stones AGAIN. Honestly, I feel like they yadda-yadda'd this time travel thing, son SIN ON THEM! *ding* However, this is where we get the most EPIC BATTLE SCENE EVER!!!! And that's all I will leave it at. And suffice to say, I NEED A SHIRT OF ALL THE FEMALE WARRIORS!!!!! GET ON THIS SOMEONE!!!!

However, this is where we get the death that REALLY tugged at my heart, and I just was not ready. I don't care that we all probably saw it coming, I still was not ready. But as the movie closed out, the death felt necessary, despite not wanting it to happen. And who else was surprised to see who got the shield???? What do we think this means for the other guy????


Honestly, as this movie closed out, I felt like we had come to a close. In all complete honesty, if Marvel had decided this was the end-all, be-all of their movies, then I would have been a VERY happy viewer. I have been able to measure my life with these movies. I can tell you almost where I was when I first saw each of these movies and quite possibly who I saw them with. This whole series has become so much a part of my life, despite the fact that I am not a reader of the comics. But it has given me an appreciation for so much, and I know that even if someone wasn't a reader of the comics, they have come to appreciate the empire that has been forged, and probably introduced many people to the comics and the universe that Marvel created. I do not think we can surpass this movie anytime soon.

And by the way, check out my Avengers inspired design on Redbubble: 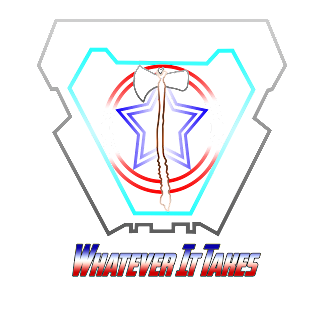 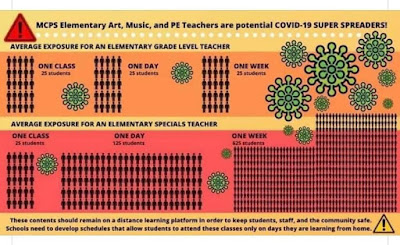